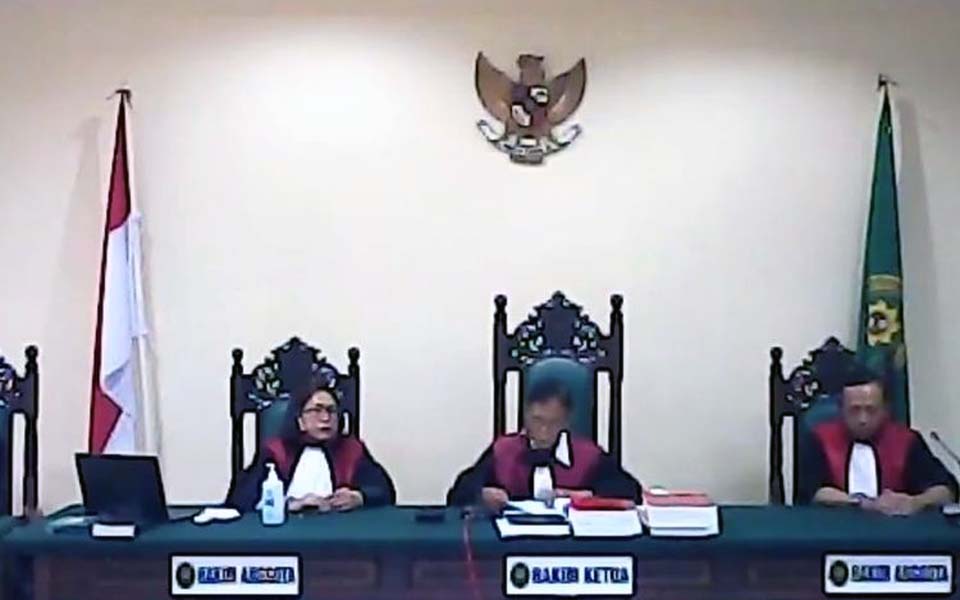 This is because the sentences handed down by the judges at the Balikpapan District Court against seven Papuan defendants on June 17 were far lighter than those demanded by the prosecution.

“The sentences demanded were very high, but it turned out that the sentences were far [lower] than those demanded”, said Basari during a working meeting with the Attorney General at the parliamentary complex in Senayan, Jakarta, on Monday June 29.

Basari says that there are many aspects which should be considered by prosecutors, especially in cases related to makar as a result of flying the Morning Star flag.

Basari cited cultural and sociological aspects that must be considered. “A non-legal approach is important”, he said.

“In the future if there are similar cases, about flying this flag, freedom of expression, Gus Dur’s (former president Abdurrahman Wahid) ideas on flying the flag could be used as a reference”, he said.

Responding to this, Burhanuddin said that his office would evaluate the methods used in formulating sentence demands in cases of alleged makar related to Papuans flying the Morning Star flag.

Burhanuddin said that the AGO does indeed have high standards in prosecuting cases of makar.

In 2000 Indonesia’s fourth president Abdurrahman “Gus Dur” Wahid granted special autonomy to Papua – then made up of a single province – and lifted the ban on the Morning Star flag and the “Hai Tanahku Papua” anthem. The “Papua Spring” as it was known ended with the Abdurrahman’s removal by the military and New Order forces in 2001 and his replacement by president Megawati Sukarnoputri who took hardline approach toward any expression of independence. Her successor, president Susilo Bambang Yudhoyono, restored the ban on the Morning Star flag through a 2007 presidential regulation.