Jakarta – The Civil Society Coalition for Security Sector Reform (KMSRSK) is calling for reform to military justice to be accelerated. The call came following the conclusion of the military tribunal hearing the case of the Cebongan prison attack in the Central Java city of Yogyakarta, which was seen as failing to fulfill a sense of justice in society.

“Military justice has failed in trying the Cebongan case. Perpetrators of premeditated murder are usually sentenced to death, but because we oppose the death penalty, they should be sentenced to life imprisonment”, said Indonesian Human Rights Watch (Imparsial) program director Al Araf on Monday September 9 in Jakarta.

Yesterday, a number of non-government organisations gathered at the Imparsial offices to analyse the Cebongan trial verdict. Aside from Imparsial activists, also attending were activists from the Institute for Public Research and Advocacy (Elsam) and the Commission for Missing Persons and Victims of Violence (Kontras).

According to Al Araf, sentences handed down against TNI members will always be disappointing as long as Law Number 31/1997 on Military Tribunals is used. “The government and the DPR [House of Representatives] must immediately revise the military tribunal law. It only needs to be resumed. Only six or seven articles remain for the final deliberation”, he said.

Al Araf explained that the earlier deliberations on the law at the DPR were halted by the president [Susilo Bambang Yudhoyono]. “Perhaps at the time, the president wanted to take part in the 2009 elections. Yet the heart of TNI reform actually lies with reform to military justice. There should be no citizens who are afforded special treatment before the law, particularly if they are members of the TNI”, he said.

Elsam deputy director for the development of human rights resources, Zainal Abidin, added that the military tribunal also failed to seek accountability from the soldiers’ superior offices. “A paradox emerged during the trial where the Cebongan attack was initially [portrayed] as motivated by revenge then it was [portrayed] as combating thuggery”, he said.

According to Abidin, during the trial the public support for the soldiers on trial could be interpreted as support within society for the eradication of thuggery. “However the other paradox was that during the trial there was intimidation against trial observers”, he said.

Kontras coordinator Haris Azhar said that the military tribunal failed to present the complete facts surrounding the attack on the Cebongan prison. “The Yogyakarta regional police chief for example was not accommodated as a witness [to testify on] the transfer of the four victims to the Cebongan prison”, he said.

Former army chief of staff retired general Pramono Edhie Wibowo [Yudhoyono’s father-in-law] has stated that the Cebongan trail verdict must be accepted. He noted that only a legal institution has the authority to resolve legal cases. “There isn’t anyone who can satisfy all sides. Obviously there are those that are satisfied and those that are not. It should be left up to the legal institutions and the rules”, he said. 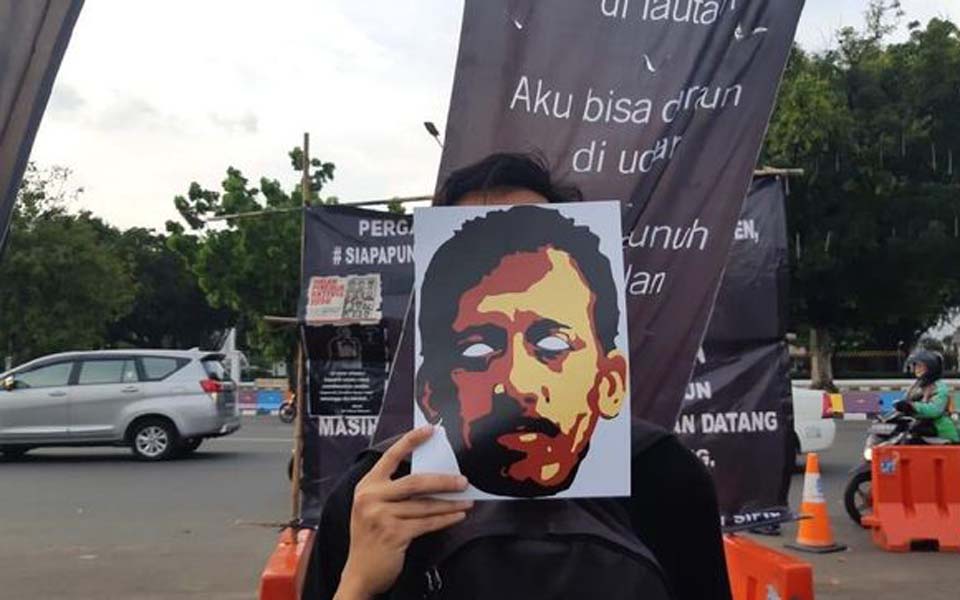 Jokowi's speech just a gimmick when he surrounds himself with rights violators
Kompas.com – August 17, 2021

Amnesty disappointed over Indonesia's vote against UN resolution on genocide
Kompas.com – May 21, 2021