Scores of West Papuans arrested in lead up to OPM anniversary

Jayapura police chief Assistant Superintendent Viktor Mackbon told the Antara state news agency that the 34 people were arrested on the evening of Saturday November 30 at around 10pm.

“[People] were indeed arrested and they are still being questioned by investigators at the Jayapura Mapolres [district police headquarters] in Sentani”, said Mackbon on Sunday December 1.

Mackbon was unable to provide further details because there has yet to be a report on the questioning of the 34 people.

Based on information gathered by Antara, the 34 people were members and sympathisers of the West Papua National Committee (KNPB) who were planning to celebrate the OPM’s anniversary on Sunday.

During the arrests evidence was found in the form of uniforms and KNPB logos, catapults, knives, bayonets and machetes.

At a separate location on Sunday police also arrested and detained four people in Abepura for wearing Free Papua symbols or decorations.

Papua regional police chief Inspector General Paulus Waterpauw said that the four had painted their faces with motives of the Morning Star – the symbol of the Free Papua movement.

The four youths were worshiping at a church and police asked them to exit the church building, after which they were then taken to the Abepura sectoral police around 200 metres from the church.

“I have ordered the Jayapura City Polres to look into the case, to find out what they planned to do”, said Waterpauw.

During the arrest, police sized three Morning Star flags that the four youths were carrying.

Earlier, National Police Headquarters Public Information Bureau Head Brigadier General Argo Yuwono said that police have been mapping out areas which are prone to conflict in Papua in the lead up to the anniversary.

According to Yuwono, this is to determine whether or not there is a need for additional troops from outside the Papua regional police to maintain security there.

The Papua regional police will deploy 1,300 personnel to secure the region in the lead up to the anniversary. According to Waterpauw this is to provide a sense of security to local communities.

He explained that the regional police have already reached an agreement with local governments to ban any and all forms of activity being held in the context of commemorating the OPM’s anniversary. (Antara/gil) 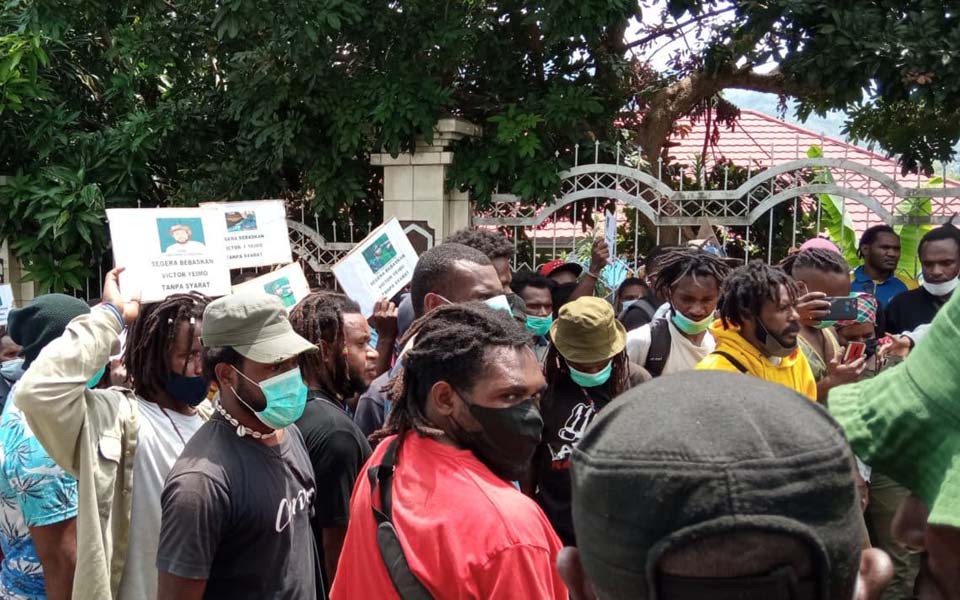