Workers and students march on State Palace, call on Jokowi to resign

Jakarta – Protesting workers, students and civil society groups from the Labour Movement with the People (Gebrak) have begun moving off in the direction the the State Palace in Central Jakarta on Thursday October 28.

Initially they gathering on Jalan Medan Merdeka Selatan in Central Jakarta. They then marched together while singing songs of struggle and shouting slogans. Upon reaching the United States Embassy then turned around and heading in the direction of the nearby Horse Statue.

A number of police officers could be seen escorting the demonstrators on motorcycles. Security personnel were also on guard at several points along Jalan Merdeka Selatan.

Most of the demonstrators wore red clothing. Two participants could be seen wearing Iron Man and Black Knight costumes with the writing, "Work like Robots, My Wages are Cut" and "Victims of PT Daya Radar Utama Mass Sackings".

Other protesters meanwhile carried the flags of their organisations and posters with messages such as, "Revoke the Minerals and Coal Mining Law", "Revoke the Corruption Eradication Commission Law" and the like.

One group of demonstrators even carried a banner with the message, "Motion of No Confidence in the House of representatives and the Jokowi-Ma'ruf Administration, Jokowi Resign!", referring to the administration of President Joko "Jokowi" Widodo and Vice President Ma'ruf Amin.

"Today, we from the workers will declare our political views", said a speaker from atop of the command vehicle on Thursday.

The police meanwhile had apparently not yet closed Jalan Merdeka Selatan and traffic heading west was congested.

Earlier, Indonesian Trade Union Congress Alliance Confederation (KASBI) General Chairperson Nining Elitos estimated that the total number of protesters from Gebrak to be around one thousand with an additional 200 people from the Student Executive Council (BEM) groups.

"From Gebrak around one thousand... if you count civil society [groups] and several others that are part of Gebrak. Now, we did indeed coordinate (yesterday) with the BEM groups and there are around 200 or so", said Elitos when contacted by CNN Indonesia by phone on Thursday.

Meanwhile as many as 1,955 security personal from the TNI (Indonesian military, the Polri (Indonesian police) and Jakarta Public Order Agency (Satpol PPP) were watching over the action. 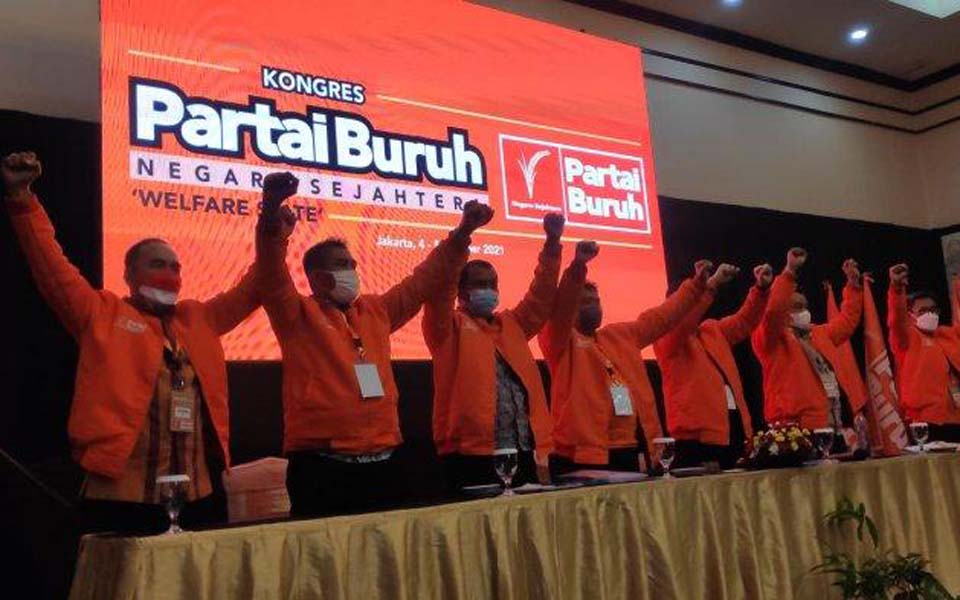